Board2ski is finding its way to markets

During the ISPO 2017, when Board2ski was presented for the first time, a broad variety of reactions from the crowd were received. Reactions varied from being “very curious” to “already knowing what it was… a monoski”. The Swiss outdoor magazine rewarded Board2ski with a third place in their top ten list of most remarkable products.

“Boardskiing was not created initially to be positioned as a new way of skiing”, says Bart Zonnenberg. “I created a solution for a physics problem that I experienced when mono-skiing. When mono-skiing, it took a fair amount of energy to control and manage rotational forces during curves, which is logical as a mono-ski has a 100% pivot point because of your fixed feet. By automatically positioning both feet similarly to the positions that both feet have when turning during normal alpine skiing, the problem was solved”, Bart continues.

Although scepticism is always presented by various people when something new is introduced, a significant amount of people were curious enough to try this new way of skiing. “The winter sports market is a relatively conservative market with few true innovations”, says Bart Zonnenberg. “Although many product suppliers love to talk about innovations, very few are truly innovative. Innovation and improvement are often mixed up with each other. The introduction of the snowboard was a true innovation. And back in the eighties 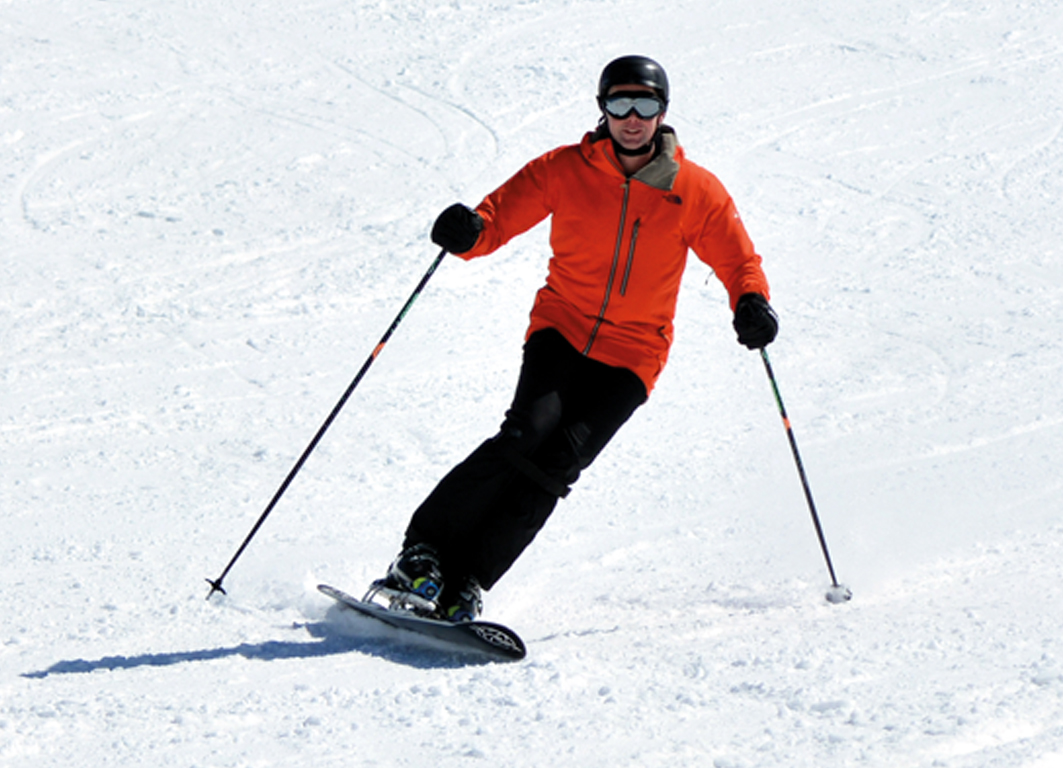 , many ski schools initially were very sceptical about this new sport and even rejected it the first years because it had nothing to do with skiing. Luckily, the early adopters saw the potential of this great new way of enjoying snowy mountains and adopted this new sport. The rest is history. Every market is characterized by early adopters and followers. People who are curious and have a drive to learn new things help develop markets. Boardskiing is truly skiing on a board. It combines advantages and fun of both sports and provides enough challenges for both snowboarders and alpine skiers to not get bored after 1 day.”

This winter, the first early adopters in France and Austria present Board2ski as part of their program, both in shops as well as at ski schools. Are you interested in offering Board2ski or boardskiing as well to your customers, contact us!