Skiing is a way of moving that is characterized by dealing and controlling two physical forces; gravity and rotation energy. Rotation energy is created at the moment a turn is started. This energy can only be successfully absorbed by the body when the body does not have a so-called absolute pivot point. This is also the reason why the upper leg is always moved slightly forward during the second half of a turn when alpine skiing. If both feet would remain exactly next to each other when alpine skiing, it would be very difficult to end a turn. 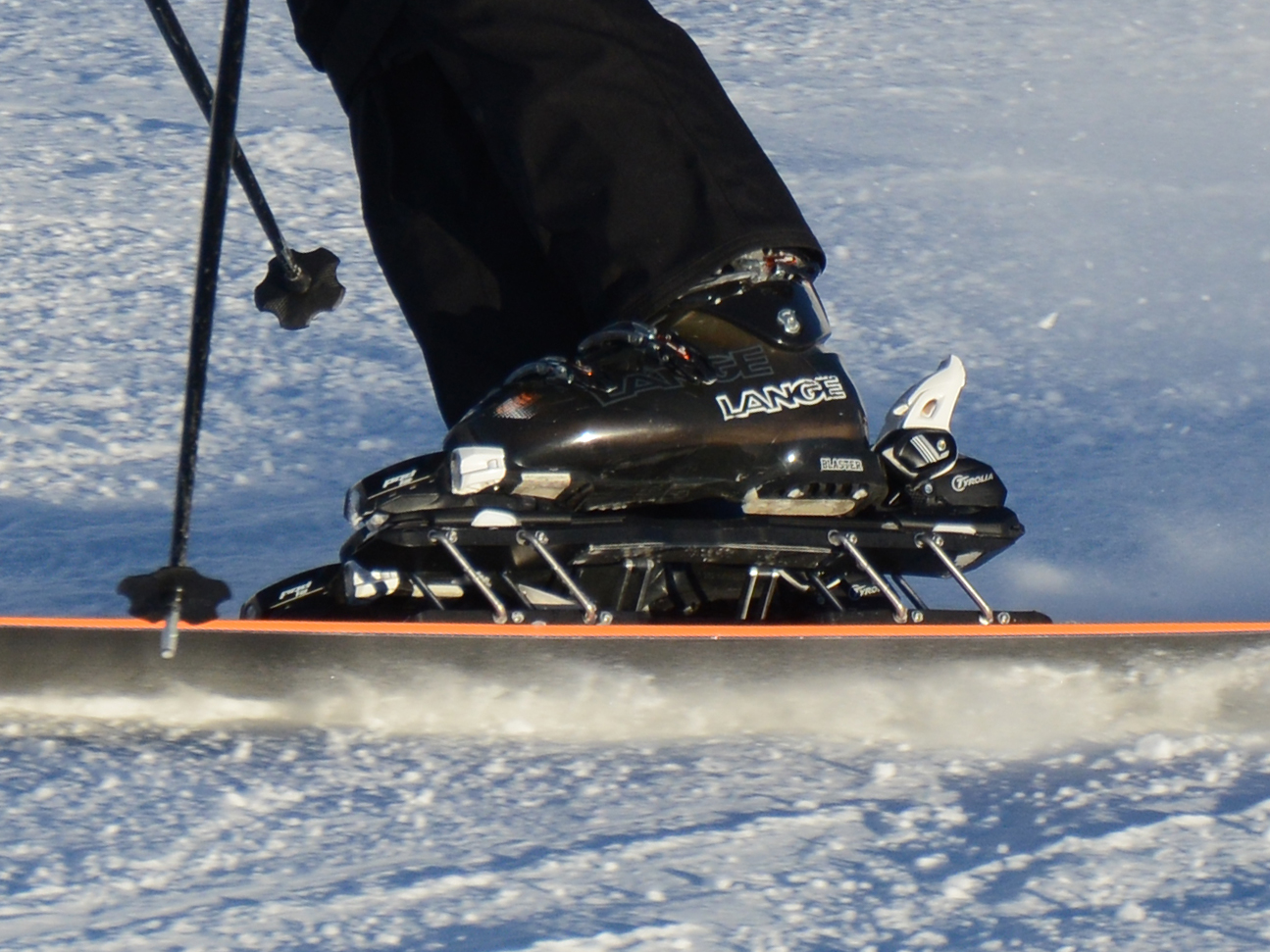 When making a turn, the upper leg is automatically slightly moved forward where, at the same time, the lower leg is sliding somewhat backwards and upwards. This creates optimal relaxation of the muscles of the lower leg.